With a shift in the 2016 INS Standards of Practice to remove the pH of medication administration guideline, and despite swinging voters (clinicians) choices on the topic, I wanted to address the basic underlying science of the terminology. pH maybe no longer in the current SOP, but it still a serious factor that infusion therapy and vascular access specialists must take into consideration when assessing the patient for a device. There is more too it than meets the eye..

Published standards on acceptable IV fluid pH or osmolality values are somewhat harder to find; but becoming more frequently investigated and reviewed. A pH range of around 4 – 8 is mostly seen for todays’ commonly used IV fluids. Fluid pH doesn’t really matter from a systemic acid-base perspective (which depends entirely on the effective Strong Ion Difference (SID) and ATOT (total plasma concentration of inorganic phosphate, serum proteins and albumin) concentrations in the fluid), but fluid pH is likely to be important in the genesis of local effects.

The main concerns are the potential for the following;

The question is complicated by the variable dilutional blood flow environments into which the IV fluid is infused/deposited. Worst case scenario is infusing fluids at extremes of pH and/or osmolality without co-infusions into a small peripheral veins, whereas you can administer fluid of almost any pH or osmolality by slow infusion centrally. Larger cubital fossa veins lie somewhere in between. Add in a mixture of various parenteral medications, all with their own elements of pH and Osmo, and things start to change notably.

In fact the below neutral pH of commonly used IV fluids is mainly due to dissolved atmospheric CO2. If PCO2 = 0, commonly IV fluids should have a neutral pH of around 7.0 at room temp, although phthalate anions from the PVC container may still drop it a bit below 7.0, and slight caramelisation of dextrose due to heat sterilisation may also occur.

If you want to read and understand more about acid-base, check out the links below;

Michael Bookallil’s Acid Base of the Blood

Come join us in Athens, Greece in October 2022 for the 8th World Congress for Vascular Access 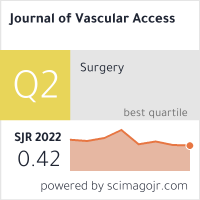 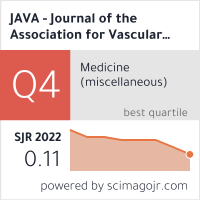